Suffering as Part of Vocation

Suffering ≠ Punishment
In the stiff winds of a painful experience, a normal  human response is to wonder what we did wrong. Often behind this is a punitive perspective to personal pain – we messed up and

now we are paying the price.

Here is a different view. In some instances, not all, personal adversity can be an aspect of ministry fulfillment.

Biblical Models
Think of those who suffered various kinds of hardships under the providential care and purposes of our wise God: 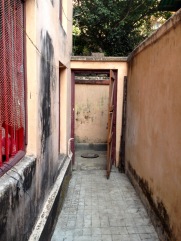 Joseph’s own words are startling.  Sold into the human trafficking reality of his time by his brothers, then falsely accused of attempted rape as an Egyptian slave, he spent years in an Egyptian prison. Decades later, to those same betraying brothers, he uttered his famous and wise words: “And God sent me before you to preserve for you a remnant on earth, and to keep alive for you many survivors.  So it was not you who sent me here, but God. (Genesis 45:7-8)….  As for you, you meant evil against me, but God meant it for good, to bring it about that many people should be kept alive, as they are today (Genesis 50:19-20).”

Joseph had come to realize that his sufferings had a purpose larger than his life. Sure, his brothers sold him into slavery, but it was God who was using that betraying act to fulfill the life purposes for Joseph. Wow.

Often our sufferings have larger purposes too. We might not be a national leader on the scale of Joseph, however we are God’s children and nothing is beyond his providential care and purposes.

Could I have fulfilled this calling without these limitations? It is conjecture, but humanly speaking, possibly. In the Father’s wisdom and love though, he knows that these traits of his are supremely displayed in my personal version of limitations.

Weakness as a Window

Personal sufferings are a means in which God can convey his love through us to others. The primary display of this truth is Jesus on the cross. Jesus’ suffering is the supreme display of the Father’s love. Our weaknesses can be a window into the same love.

How About You?
What are the hardships you are facing today? How might they be “an aspect of vocation?” How is God lovingly and mightily present in and through your weakness to others?

This entry was posted in Shepherding Well. Bookmark the permalink.

1 Response to Suffering as Part of Vocation